On the eve of the most family and magical holiday, New Year, the symbolic and enchanting event “International House Day” was held at the International House-Tashkent AL at the TIIIMSH. And this is no coincidence. Interhouse has always been more than just an academic lyceum. This is one big strong friendly family where Love and Respect reign, support, protect each other, and this holiday event has once again confirmed this fact.

Lyceum students with the support of sensitive leadership, caring curators and responsive parents demonstrated the culture, way of life, traditions, customs, cuisine, fashion, mores of various countries, namely the United States, Armenia, India, Greece, the United Arab Emirates, Spain, Italy, Azerbaijan, France , Turkey, Russia, China, Georgia, Kazakhstan and other countries. And, of course, they revealed in a special way the culture of our native Uzbekistan – houses for more than 130 nationalities, where under a peaceful sky everyone lives in peace and harmony.

Two weeks earlier, the order of the event was determined in order to warm up the spirit of competition among the guys, competitions for the “Best Table” and “Best Number” were announced; preparation went on at a rapid pace – costumes, rehearsals of dances and songs, cooking national dishes, decorating the hall, issuing wall newspapers, etc. Everyone approached the preparation very responsibly, no one was left on the sidelines.

‌So the long-awaited and treasured day came, December 14th. In the morning a festive mood reigned. The children, parents, teachers, organizers were looking forward to the holiday spirit. With great pride in a festive atmosphere, the event was opened by Alisher Khasanovich Tillaev, Director of the International House-Tashkent AL at the TIIIMSH. He wished all participants good luck and a fair fight.Members of the jury represented by Deputy Director for UR Naili Narimanovna Rustamova, Deputy Director for Educational Farangis Ulugbekovna Yusupiy, Dean of the Department of Social and Humanitarian Disciplines Sanjar Valievich Mazhnunova and Lecturer in Basics of Spirituality Ilham Bakhramovich Khusanov reviewed the cuisines of the countries represented , tasted the dishes and appreciated the skill of the lyceum students in the design of tables.Next, each group of

contestants made their number. It was immediately striking how all the guys reacted to their performances in a very responsible and organized way, for this special thanks to the direct organizer of the event, English teacher Dilnose Zakirovna SadykovaThe jury had a difficult choice in determining the winners, and in the end they awarded the victory in the nomination “Best table” to group 2 TN-2, representing Armenia, and in the nomination “Best number” to group 1 TN-3, representing France. All other groups were also awarded with commemorative certificates for their active participation. The event ended with an incendiary disco. The contestants expressed great gratitude to the leadership of AL “International House-Tashkent” at TIIIMSH and “Students Union” in organizing and conducting this event at such a high level. This is one of the brightest, most joyful and fun pages in the life of the lyceum, and we wish that such events be held as often as possible. Happy 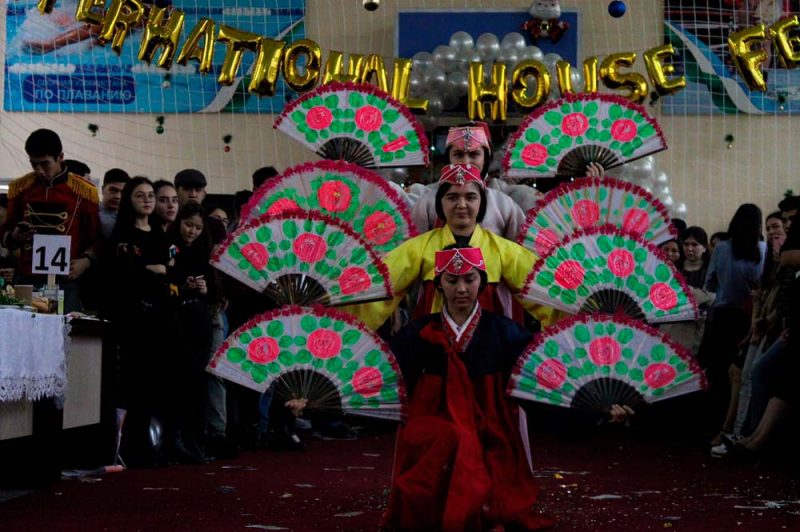 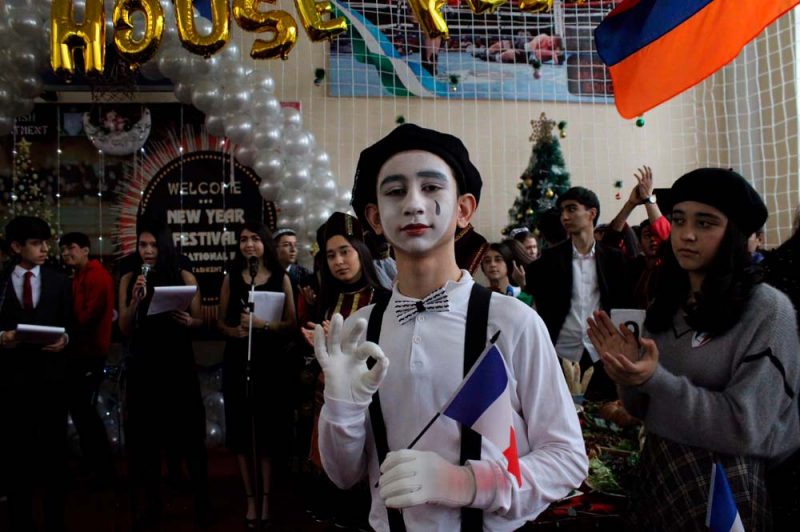 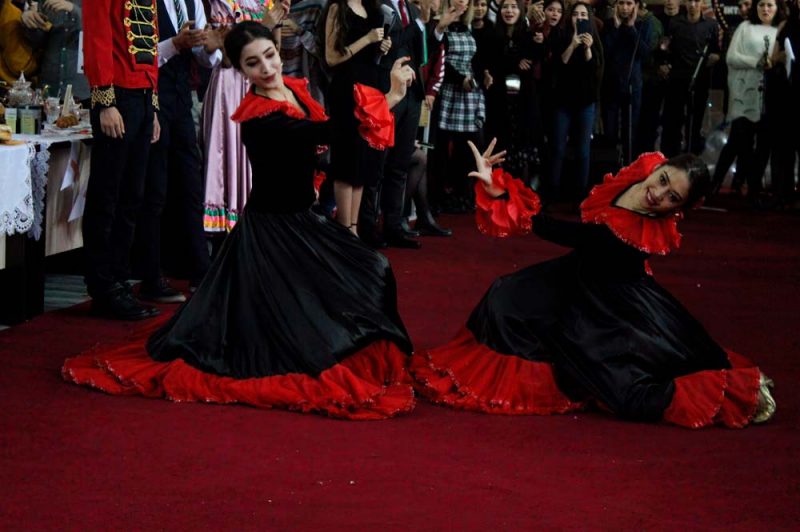 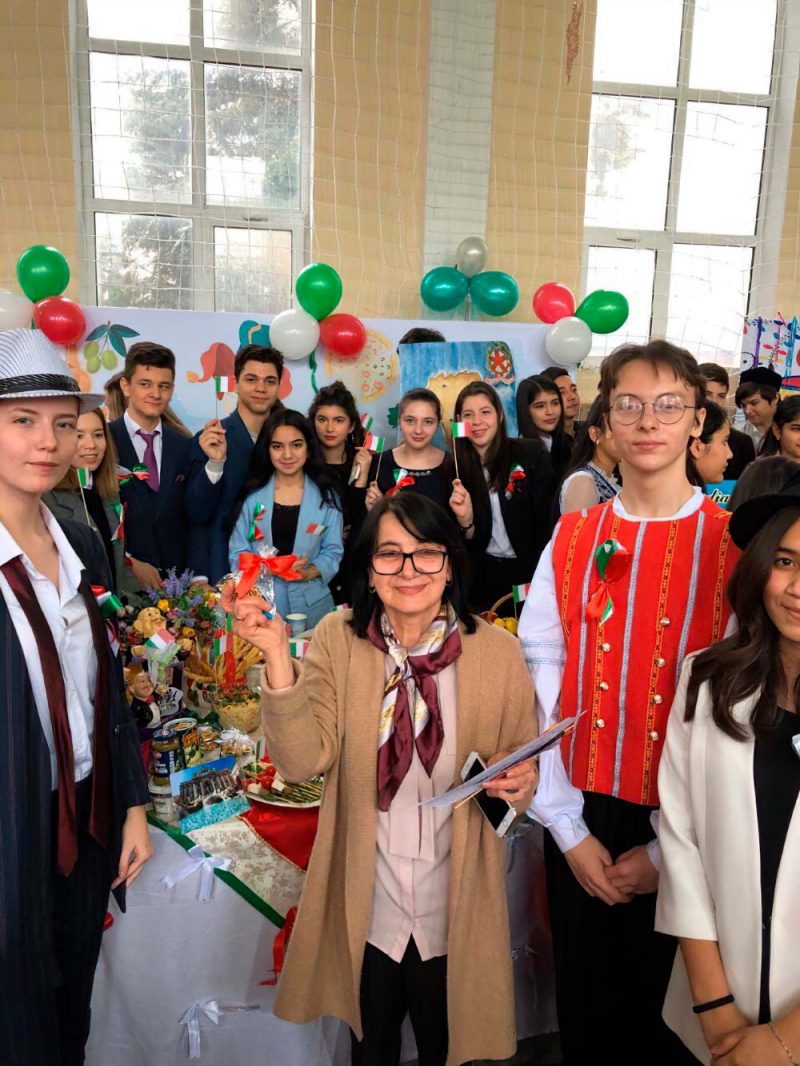 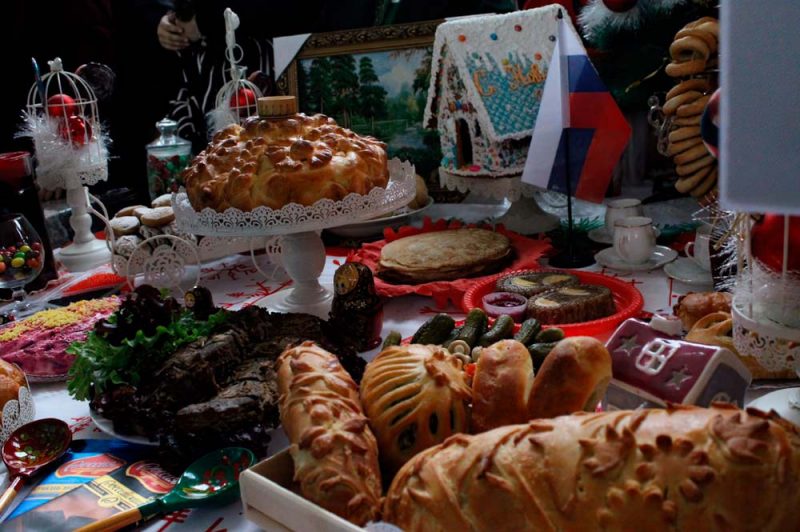