“Always believe in yourself, if you want to, you can do it”

These are the words of our graduate, Sarvinoz Artaman. Most likely you have already heard about her, because she just recently entered the best university in Canada, the University of Toronto with a scholarship. It is ranked 25th in the world rankings. In this interview, we would like to answer, if possible, all the questions that you have for our guest.

What was your first reaction when you saw the enrollment notice?

At first I thought it was just another advertisement in my mail. But after reading the letter, I immediately showed it to my family and began to cry with happiness. I was finally able to breathe out calmly.

Kira: How did your family react?

They were very happy, proud that I was able to do it and became calmer as they saw how worried I was. Especially my mother and grandmother believed in me the most.

Taking this opportunity, I want to thank my family, relatives and close friends for always believing in me.

How long and how did you prepare?

At the end of the second year, I devoted myself entirely to my studies, and the results were shown as good marks. But in May and early June, I started to prepare for the TOEFL. In addition to the preparation itself, my participation in various events and an active social life played a big role. For example, I was a speaker at TED-ED Result, as well as a presenter at TED-ED IHT and many other volunteer events.

First of all, it is worth starting preparation as early as possible. I was told that special attention should be paid to this. So that later you can calmly deal with the documents, since this is also a very long part.

By the way, about the documents, tell us how you submitted them?

Regarding this point, I would like to say that in America, for example, there is a Common App that everyone knows about while in Canada there is a separate OUAC portal. Just like in the Common App, you need to fill in your achievements, diplomas, and submit through it.

What attracted you to this particular university?

First of all, its rating. Secondly, I liked the course that I have chosen- ​​Visual and Performing Arts, Arts management and Media. All the subjects presented there are related to journalism, my future profession. I also studied at a professional art school for five years, which I really liked. I love connecting my life with art, I think that is why I studied in the Social Sciences group.

What other universities have you entered?

After graduating from high school, I immediately entered Webster. But I do not regret that in the end, I directed all my efforts towards entering Canada.

How and why did you take the TOEFL?

Two years ago I went to a tutor to prepare for IELTS. But I studied for only two months, because after conducting research on the TOEFL structure, I realized that it is more in demand in Canadian and American universities. I began to prepare for it on my own, but when I was one month away, I began to study with a tutor. The rest of the time I did it myself, using the Internet and YouTube. YouTube especially helps in speaking, as you get used to talking and knowing how long you should speak. For reading and writing, it is best to read articles on relevant topics.

A very small percentage of people go to universities in Canada and the United States, especially of this level. Tell yourself, what do you think, what factors influenced you to be able to enter this university?

This is a very good question. In fact, I clearly see that many people, even from my group, could easily apply to universities for a grant. Everyone who studies in our lyceum has good potential. I think this is all because you need to clearly your devote time to the right things. Very often people called me to go for a walk, but I chose to study. I have always been inquisitive, asked questions, and was interested in gaining knowledge. And of course, faith in yourself, in your own strength. If a person does not have clear goals, then he has no motivation. I always wanted to become a journalist and was interested in this university.

What do you think is the ideal preparation period for admission?

In my opinion, at the beginning of the second course. Now there are a lot of resources for preparation, there is no need to waste time. Also about the Gap year, many discouraged me. But since I believed in myself, I decided to take a chance and skip the academic year. Despite the fact that I was dissuaded, criticized, I listened only to myself and my family.

Thanks for the interview, it was very interesting. Congratulations on your admission again!

I would also like to thank Olga Sergeevna, my tutor, Nailya Narimanovna, our head teacher, and director Alisher Khasanovich for their support.

And also huge gratitude to my teachers at the Lyceum, who supported me in all my endeavors and studies.

Your fate is in your hands, do not waste your time, start working right now. 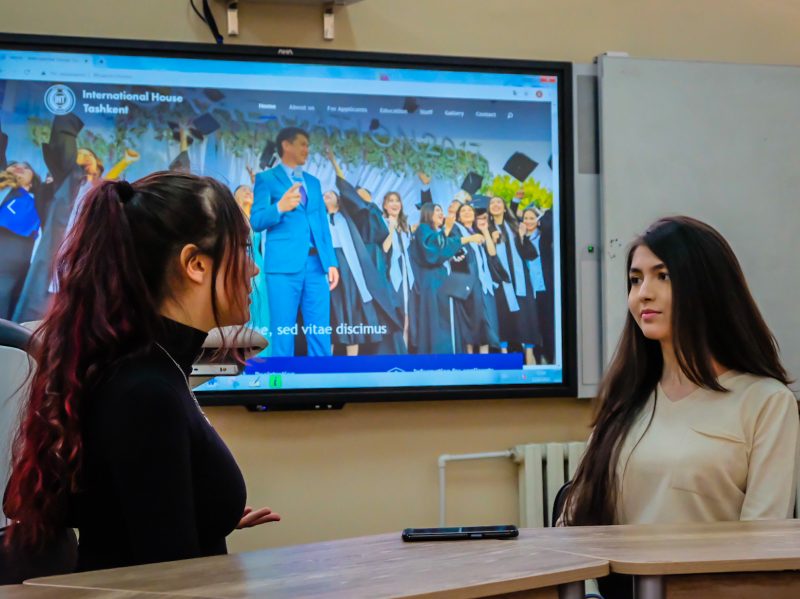 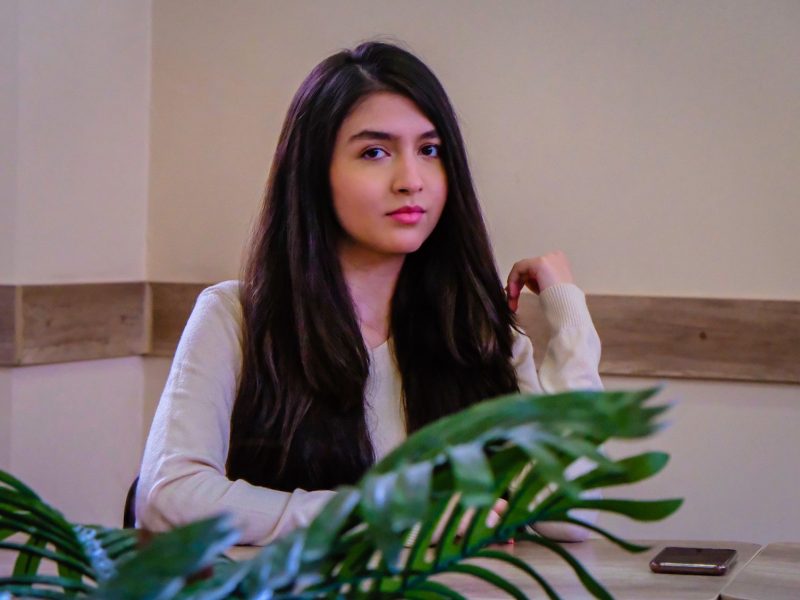 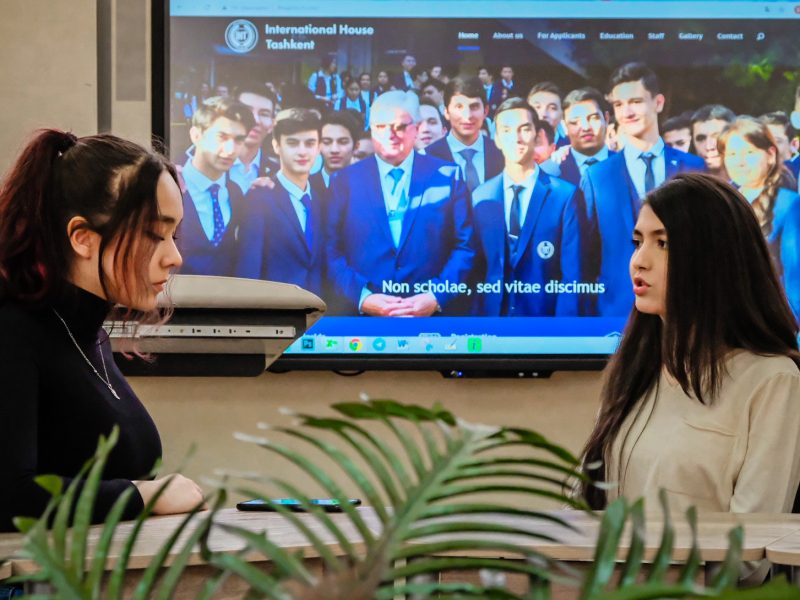 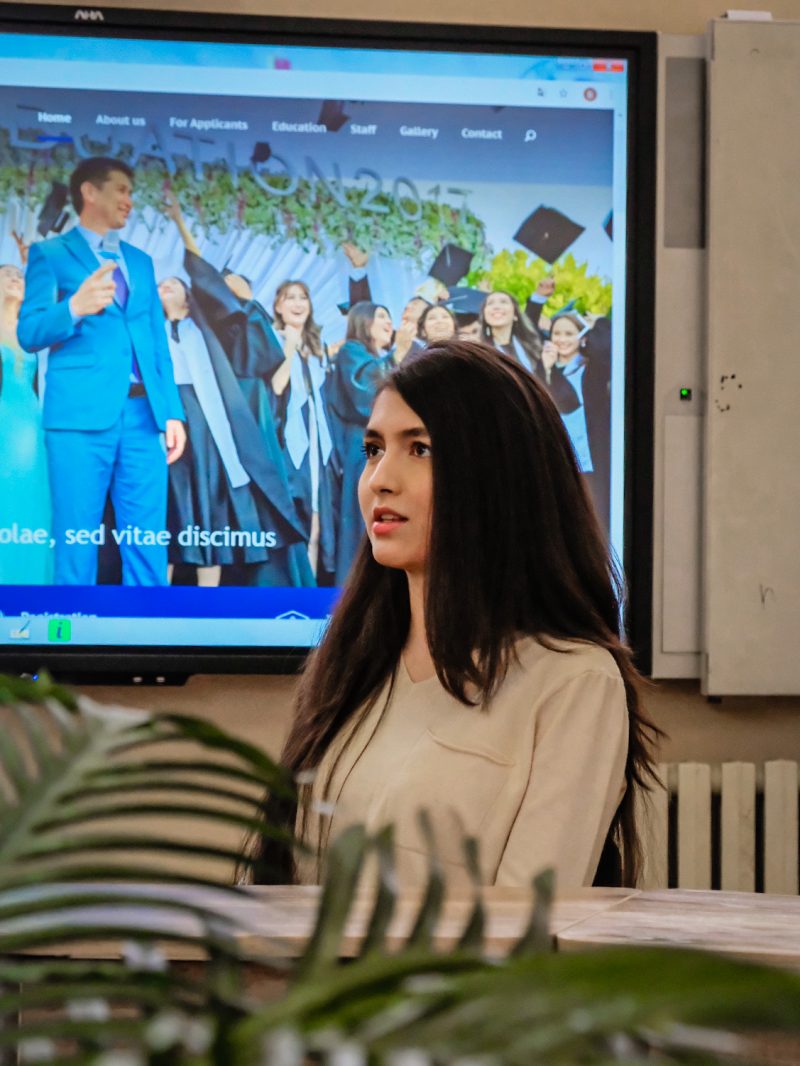