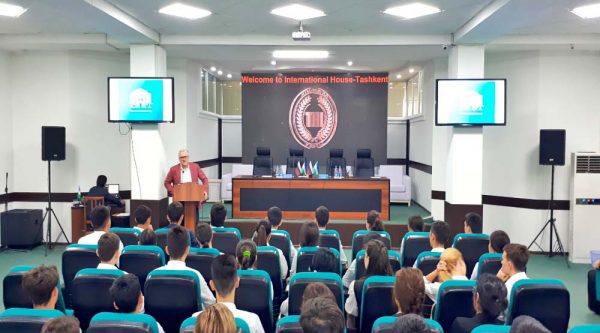 On September 9, 2019, a meeting was held between students of lyceum classes at MGIMO, their parents and teachers with Roman Igorevich Kotov, director of the Gorchakov Lyceum of MGIMO.

It was no coincidence that the date was chosen, because the beginning of September is a period when study is already in full swing, and work has gained momentum. The venue was the Academic Lyceum “International House-Tashkent”, and the purpose of the meeting was to motivate students to achieve high results, designate the work plan of teachers and familiarize students with the program, which is planned for the next 2 years.

This event started with a welcoming speech by R.I. Kotov, which was voiced to students gathered in the assembly hall of the lyceum. It was emphasized that the 2 groups of lyceum classes at MGIMO are unique, because it was they who became the first participants in the double certificate program. Thus, they are given the opportunity to master two programs – the Uzbek and Russian sides, and as a result – competitive advantages over their peers.

In order to inspire the children even more for new achievements on the upcoming difficult but incredible interesting path, R.I. Kotov spoke about graduates who scored the maximum points in the exam and who became the best in all requirements, which opens up to the Gorchakov Lyceum of MGIMO They have the widest possible opportunities. Also during the presentation, a dialogue was held between students and R.I. Kotov, which bore not only an informational and educational character, but also established a friendly and trusting atmosphere in the hall. In conclusion, the director of the Gorchakov Lyceum wished the guys good luck and excellent results.

The next step in planning the most effective implementation of the tasks was a workshop, which was attended by the leaders of the academic lyceum “International-House Tashkent” TIIIMSH – Alisher Khasanovich Tillaev and Gorchakov Lyceum MGIMO – Roman Igorevich Kotov, as well as the administration and teachers of “International-House Tashkent ” During the meeting, issues were discussed such as determining the goals of students, the procedure for preparing for exams in majors, the joint work of teachers of both lyceums for maximum productivity and details regarding the technical side, which will help to make the learning spectrum wider and the process itself much more fun. As R.I. Kotov noted, it’s very important for children to determine now which universities they intend to enter. After all, knowing about the choice of students, teachers and mentors will be able to competently help them in the step-by-step achievement of the goal. As a result of the meeting, it was decided to quickly proceed with the implementation of the tasks.

The final part of the event was the parent meeting, which, like a meeting with students, was held by R.I. Kotov. Parents got acquainted with questions regarding the program and upcoming plans, in particular, the internship of the children at the Gorchakov Lyceum of MGIMO. During the 2019-2020 school year, mini-groups of 4 people will succeed each other, being there for training from one week or more. Also R.I.Kotov mentioned that the guys are “part of two educational institutions” and that they

have a great responsibility, and in order to cope with it, they need to be supported, and no one can cope better than their family. The result of hard daily work of students will be knowledge and their high score, which will undoubtedly open the doors for them to a new stage of life, where they will receive professional skills in the best universities, becoming highly skilled specialists in their field. 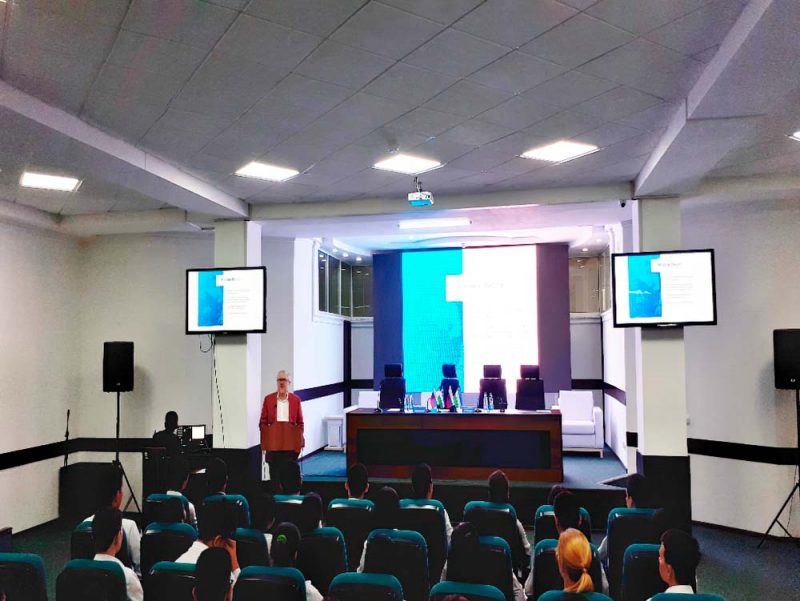 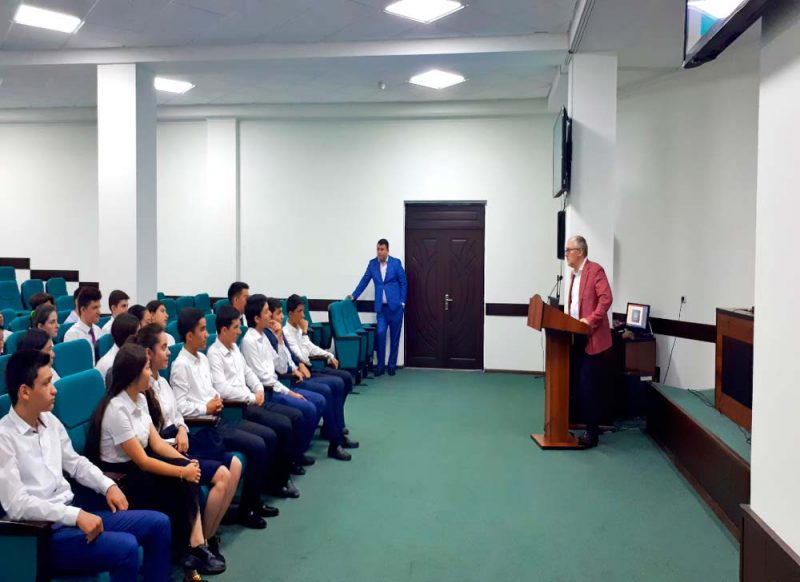 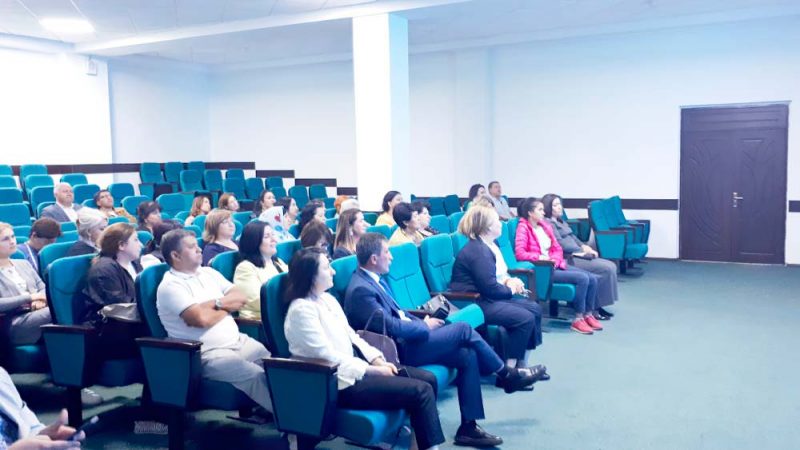 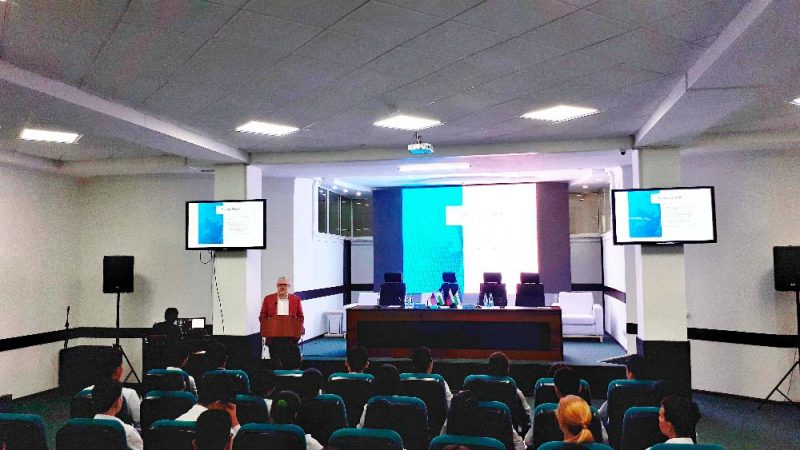 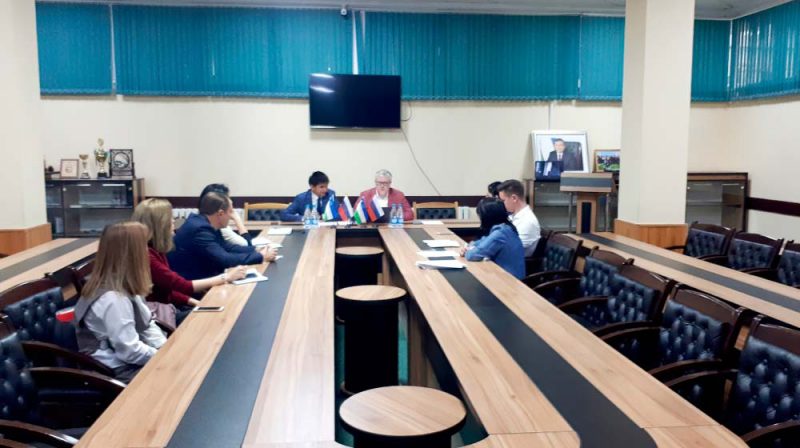 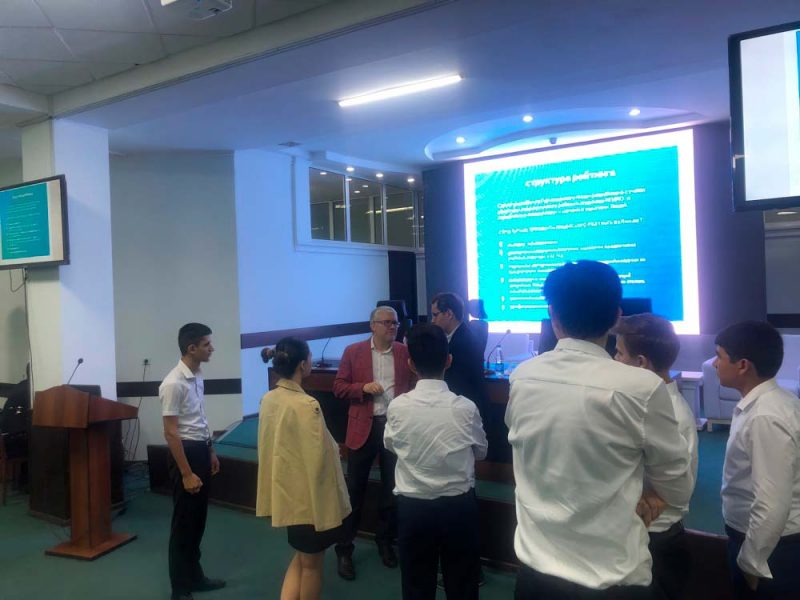 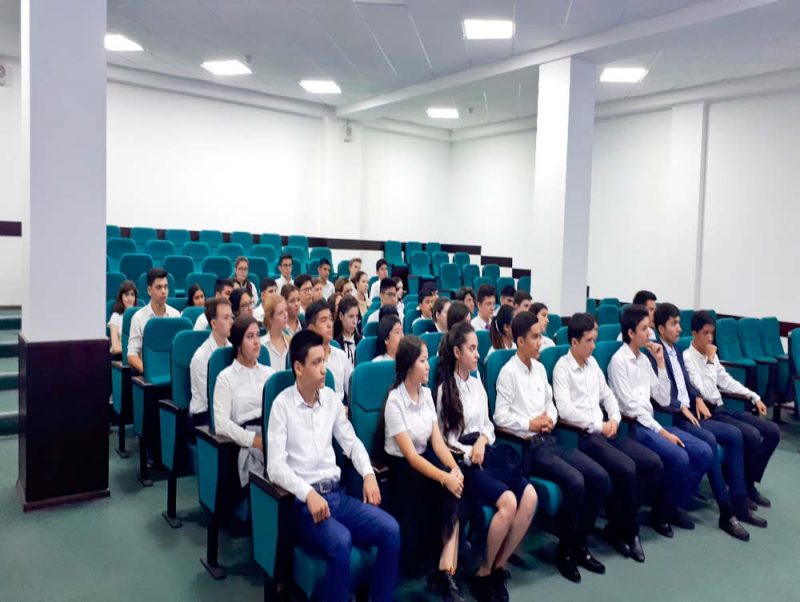